There’s been a common misconception that has been passed through from menswear books to style guide Instagram accounts alike that distressed jeans cannot go with a blazer. In a business or formal setting is probably where they are referring to but outside of that realm,  these rules are bullshit. Yes, distressed denim have been the face of 80’s hard rock and then later adopted by grunge as a representation of rebellion against cleanliness and organization. Before then, it was shown that torn denim was only seen because men were hard at work and their denim got the worst of it. 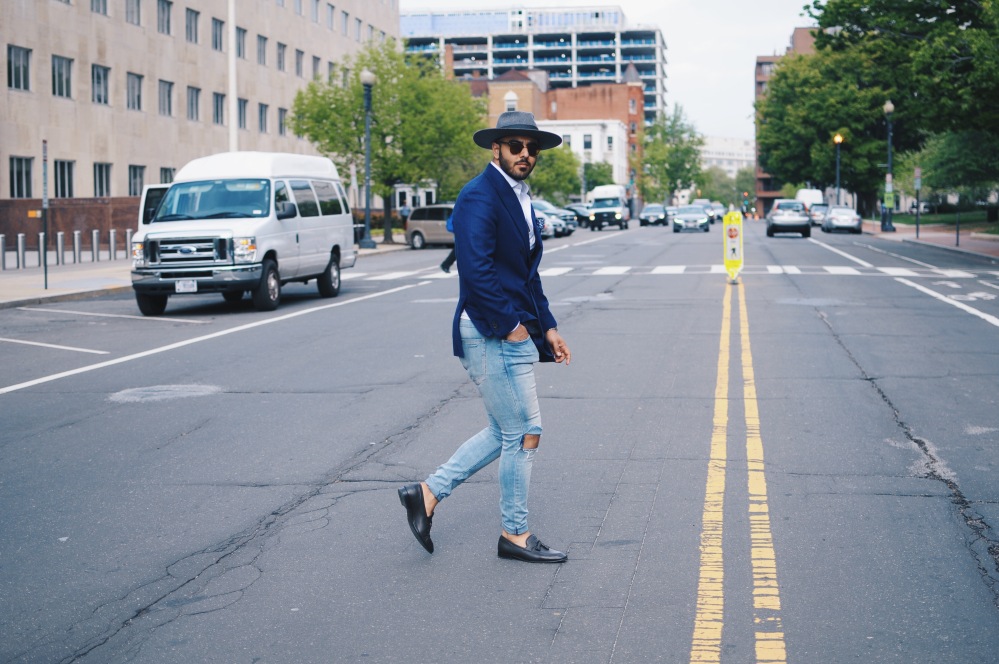 Today, there are many styles being re-visited and enhanced with modern construction. For one, that double breasted blazer is surely a classic and a statement. It’s known for its wider peak lapels and “fold-over” button placement. With out a doubt it brings a bolder touch to a standard suit jacket.

Mixing one bold with another can be clashing however with the right colors, fit, and confidence, you can take this fit to the office for your 9am touch base with your boss, dinners with clients, and even at the grungiest bars in town. Just be sure to give thanks to the rocks gods and Frank Sinatra for making these pieces what they are today.

I hope everyone is enjoying their Spring. Cheers!